advisor to coaches and consultants

In truth, I believe most of the controversy is entirely overblown and extreme examples are being made.

But they are being made, nonetheless.

Where does that leave businesses? Many feel that they “must do something” as a small, yet vocal, subset of consumers and lawmakers are calling for “something” to be done. We’ve seen large brands like Tesla, SpaceX, Mozilla, and Playboy all say they are giving up their Facebook presence.

Another outcry. Another PR-driven opportunity to “take a stand.”

Late last year, for the first time ever, Facebook reported a decrease in user growth. It had to happen. This does not signal the end of the world. Contrary to what some may think, continual growth is simply not an option for any business. Eventually, Facebook would just hit the ceiling of people in the world who are signing up and regularly using their service. No surprise. Eventually, people would start getting bored with what they have on Facebook and start looking around for an alternative. For many, that alternative was Instagram. But Facebook bought it and started doing what Facebook does — Facebook-ifying it. Users complained but kept using it.

Then the “data crisis” happened. Again, it is hugely overstated as to what happened and is being portrayed as something more controversial than it actually is.

Now, folks are worried about privacy on Facebook and starting to take notice that their privacy is not private online. To be clear: every social media network uses the data of its users. Facebook is not the first, nor will it be the last. It is simply the lightning rod for this instance. Also, to be clear: all users should assume (right or wrong) that anything you do online is being tracked. Anything you post or share will likely become public at some time.

So, what do brands do?

While I am not a fan of Facebook personally, I believe there is still a huge opportunity for brands (including yours) to reach the people you want to reach because, despite all the protests, people are still very much using Facebook. It is still very much the largest social media platform on earth.

I would encourage you to start looking at divesting some of your marketing strategy into other platforms (if you have not done so already). Platforms like Pinterest and LinkedIn are ripe for increased use as users start shopping around. These often-overlooked platforms are not nearly as crowded as Facebook, Instagram, or Twitter and offer a lot of opportunity for creative marketers and entrepreneurs.

As usual, focus on your customers. Listen as they talk about their preferences on social media. We’ve seen the stock market respond when celebrities denounce Snapchat, 24-hour media coverage on Facebook, and bullish reports about Twitter’s latest effort to maintain relevance. What we don’t hear much is the opinion of the users. Your customers. Likely, they are not as concerned with every movement of the industry. Go where they are. Talk to them. Give them relevant and timely content.

Finally, coming full circle, every time a social platform is in the news, I am reminded of the thousands of business owners who have committed to using their own website to build their online presence. Your website is the only online property you own outright. Keep it that way. Use social media as a brand outpost – a strategic point of entry that has a lifecycle. When the time comes, and the property is no longer relevant, you can pivot to the next relevant location or network without losing all of your hard work.

Social media remains one of the best platforms for connecting with your customers. Don’t let the news of the day discredit that or cause you alarm.

Photo by Tim Bennett on Unsplash 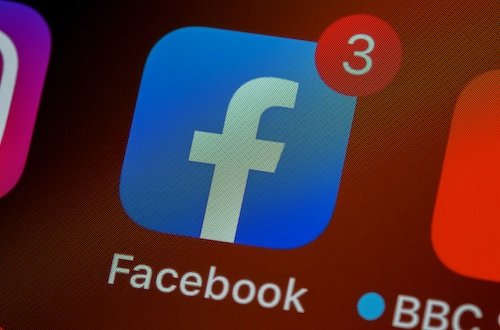 I bring clarity to coaches, consultants, leaders, and entrepreneurs who feel lost, overwhelmed, or frustrated by the challenges of running a business.

I have been a digital marketing and business strategist for more than 15 years and thrive by helping business owners and leaders remove frustration and gain the clarity needed to market their business.

Too often, I see business lead get bogged down in the technical weeds and lose sight of their passion.

I’m here to bring clarity to the process.

I’ve Been Featured By